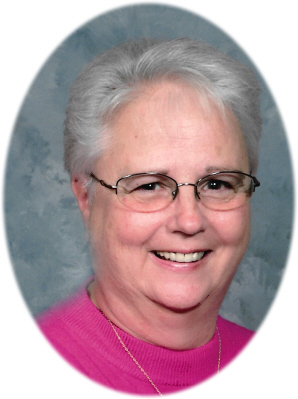 Janet Elaine Smalldon, age 77, of St. Johns, MI, passed away Friday, August 6, 2021, at Hazel I. Findlay Country Manor with her family by her side.

Janet was born in Ovid, Michigan on March 27, 1944, the daughter of Christy and Neva (Burl) Louth.  She graduated from Rodney B. Wilson High School with the class of 1962.

Janet enjoyed her family, especially her grandchildren and great grandchildren.  She hosted a "cousins' week" for many years.  She was an avid reader and card player.  She liked gardening, crafting, painting, and spending time with friends.  She always looked forward to traveling up north and trips to Arizona to see her brother.

Janet was the Administrative Assistant to the Superintendent of St. Johns High School for many years and a member of St. Johns Lutheran Church.

In lieu of flowers, Janet's family requests that memorials be made to Wounded Warriors, P.O. Box 758516, Topeka, KS 66675. Online condolences may be made at www.smithfamilyfuneralhomes.com. The family is being served by Smith Family Funeral Homes - Osgood Chapel, St. Johns, Michigan.

To order memorial trees or send flowers to the family in memory of Janet Smalldon, please visit our flower store.