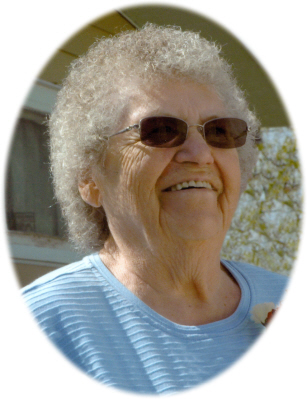 Janet was born in Lansing, MI on January 8, 1938, the daughter of Gale W. and Lena May (Barton) Antes the first born of ten children.  She attended Fulton High School. Janet married Jerry Lee Bird on June 30, 1954 in Maple Rapids at Jerry's parents' home. Jerry passed away on August 26, 2017.

Janet and Jerry loved to spend time camping at Manistee for over 35 years creating many family memories. Janet enjoyed knitting and crocheting and made slippers for everyone. She loved to play BINGO, in fact "BINGO" was her C.B. handle. Janet was known as "The Card Lady" because of her love of writing and sending cards to people.

In lieu of flowers, Janet's family requests memorials may be made to VFW Post #4113, 2497 Old U.S. 27, St. Johns, MI 48879. To leave an online condolence for the family, please go to www.smithfamilyfuneralhomes.com. The family is being served by Smith Family Funeral Homes - Osgood Chapel, St. Johns, MI.

To order memorial trees or send flowers to the family in memory of Janet Bird, please visit our flower store.
Send a Sympathy Card