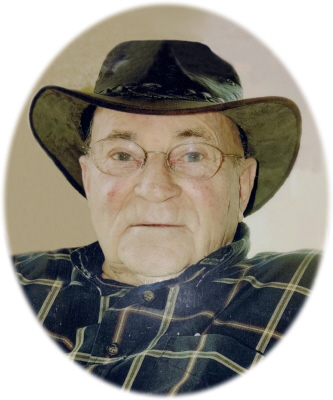 A Memorial Service will be held at Smith Family Funeral Homes - Osgood Chapel, St. Johns, MI, on Friday, January 3, 2020 at 1:00 P.M., with Pastor John Jakus officiating. Burial will take place at Riverside Cemetery, Elsie, MI. Visitation will be held on Friday from 12:00 PM until the time of the service at the funeral home.

Jim retired from local 324 operating engineers after 50 years of service. He also worked at Culver Construction and Brown Brothers Construction. He enjoyed fishing, hunting and watching western movies. Jim liked tinkering in his garage and with his tractors. He loved his children and grandchildren very much. He was a member of the Faith Fellowship Bible Church, St. Johns, MI.

He is survived by his children: Jackie and Richard Edlin of Harrison, MI; James and Tammy Barth-Tyler Peters Jr. of Terre Haute, IN; Jerry and Robyn Peters of Seattle, WA; Jody and Pamela Peters of St. Johns, MI; Joe and Lisa Peters of Milton, FL; 10 grandchildren: Jeremy Peters, Jessica and Sam Fruend, Christin and Ben Coleman, Crystal Sklodowski, Colby Peters, Kody Peters, Taylor Peters, Dakota Peters, Skylar Peters, and Robert “Bubba” Peters; 2 step-grandchildren: Dylan and Dawson; and 8 great-grandchildren. He is also survived by his brothers and sisters: Keith and Mary Peters of Ithaca, MI; Dorothy and John Mitchell of Swartz Creek, MI; Richard Peters of Elsie, MI; Gayle and Dave Green of Henderson, MI; and Barbara Stuckey of Alma, MI.  He was preceded in death by his parents, and his wife.

Memorials may be made to American Cancer Society. Online condolences can be sent to www.smithfamilyfuneralhomes.com. The family is being served by Smith Family Funeral Homes - Osgood Chapel, St. Johns, MI.

To order memorial trees or send flowers to the family in memory of James Peters, please visit our flower store.
Send a Sympathy Card