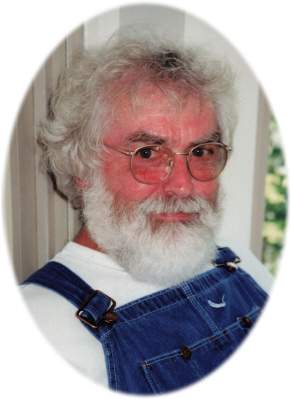 A Memorial Service will be held at St. Louis First United Methodist Church, St. Louis, MI on Saturday, January 18, 2020 at 11:00 A.M., with Pastor Terri Bentley officiating. Visitation will be held at 10:00 A.M. until time of service at the church.

James Kelly Hodges was born February 24, 1941, at St. Lawrence Hospital in Lansing, MI to parents, Yates Seymour & Mary Beatrice (Teague) Hodges. He graduated from Lansing Eastern High School in January 1959. Kelly & Nancy Morley were married in September 1959 at Potter Park Methodist Church. Kelly attended and graduated from MSU in 1963. Kelly’s first job as a chemist was at Morton Chemical in Woodstock, IL. After 18 months in IL, to be closer to family, Kelly took a job with Velsicol in St. Louis, MI. When the plant closed, he went to Martin Marietta in Midland. When that job closed, he went to Quantum Composites, in Midland, where he worked for 6 months, then was hired by the State of MI and worked in Lansing as a chemist until he retired in 2000. Kelly was a dedicated employee and through all the plant closings, he never missed a day of work.

Kelly & Nancy celebrated 60 years of a wonderful, loving marriage in September 2019. They were blessed with three children: Felicia, John (Yvette) and Christian (Sarah); five grandchildren: Emma, Amanda, Rachel, Hannah, and John II; great-granddaughter Gracelyn, three step-grandchildren: Alexandra, Devon, and Rain; and step great-granddaughter Amelia. Kelly loved and respected his son-in-law Bart. They spent many a buffet meal trying to out eat each other.  He is also survived by one brother Robert.  Kelly was preceded in death by his parents, sister Patricia, and brother Paul.

Vacations with Kelly were spent camping at various KOAs, state forests, and wherever we ended up.  One of Kelly’s joys was Camp Grampy in the backyard with grandchildren each summer.  Later, Amtrak was a favorite way to visit and see the country.

Kelly grew up in the church and faithfully attended. A summer activity with his parents, and later Nancy, was going to the Eaton Rapids Campground Meetings. When Kelly was a young man, he signed a pledge card, maybe common at that time, that he would never drink alcohol. He honored that pledge.

For several years Kelly was Santa at our church’s Mental Health Christmas Parties. He was moved by the residents as they sat by him giving their gift requests. In 1990, with the gentle nudging of Reverend Rich, we had the enriching experience of hosting an exchange student, Nozomu, from Sendai, Japan.

Those who knew Kelly will remember him always wearing his bib overalls. He even wore them to Radio City Music Hall in NY City. Kelly had many talents. For years, he made cider from a press built from a kit. Kelly built an addition onto our house with the help of a how to do it construction book. He built a Heathkit color television and enjoyed the coming of the computer age.

Kelly left us with an empty place in our lives.   We want to thank Pastor Terri for her many prayers.

Memorial contributions may be given to Woodland Hospice, 2597 S. Meridian Rd., Mt. Pleasant, MI 48858, or St. Louis First United Methodist Church, 116 S. Franklin St., St. Louis, MI 48880 or the charity of your choice.  Online condolences can be sent at www.smithfamilyfuneralhomes.com  The family is being served by Smith Family Funeral Homes, St. Louis, MI.

To order memorial trees or send flowers to the family in memory of James Hodges, please visit our flower store.