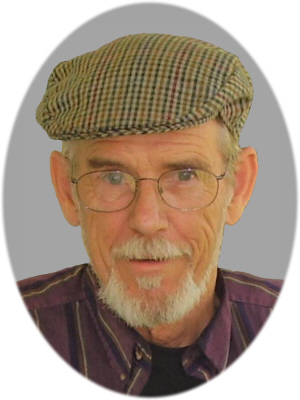 James was born in Lansing, MI, on June 3, 1945, the son of Willard Ransford and Althea Dorothea Jane (Vallad) Batterbee. He married Carol Lorene Cooper on May 14, 1966, at Pisgah Heights Wesleyan Church, Marion, MI.

Jim was a man with many talents.  He was an excellent welder and a mechanical genius who could build or fix about anything, even if it meant fabricating his own parts.  He enjoyed building and creating with wood and steel; he designed many items including a three-wheel motorcycle, an amazing treehouse, and transformed an old farm into a welcoming home.  He also restored old cars and entered local parades with his hand-built tractor “Lil’ Champ” with great pride, relishing his role as “Uncle Sam”.

He enjoyed playing guitar and singing, especially when having gatherings at the Batterbee Barn with family and friends joining-in around the campfire.  Throughout his life he enjoyed riding motorcycles and exploring the back roads.

The work ethic he lived and taught his kids was “You can’t fail if you don’t quit”.  While many describe him as the toughest man they ever knew and his grandchildren affectionately refer to him as “Grumpa”, he truly had a generous heart and loved to help people.  He was a dedicated volunteer at a local community Thanksgiving dinner for many years.  He also had a witty sense of humor and loved to tell jokes, play epic pranks on family and friends, and was known for his colorful insults like “skunk monkey” during game play.

He was very proud of his children and grandchildren and adored his wife, Carol, of 54 years.  He received Christ as his savior and will be waiting for our family reunion in Heaven.

Memorials may be made to Our Daily Bread Ministries, 3000 Kraft Ave SE, Grand Rapids, MI 49512. Online condolences can be made at www.smithfamilyfuneralhomes.com. The family is being served by Smith Family Funeral Homes - Houghton Chapel, Ovid, MI.

To order memorial trees or send flowers to the family in memory of James Batterbee, please visit our flower store.