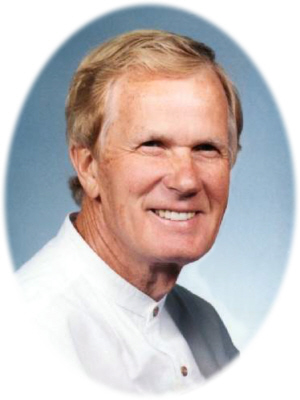 Jack Duane Hart, age 90, of Lansing, MI, passed away peacefully Saturday, December 19, 2020, at Independence Village, Grand Ledge.
In following Jack's wishes, cremation has taken place and a Memorial Service will be held at Smith Family Funeral Homes - Osgood Chapel, St. Johns, Michigan on Saturday, January 30, 2021 at 1:00 P.M.  Burial will take place at Mt. Rest Cemetery, St. Johns.  Visitation will be held on Saturday, January 30, 2021 from 12:00 p.m. until the time of service at the funeral home.
Jack was born in Muskegon, Michigan on March 31, 1930, the adopted son of Lee B. and Florence M. (Gustafson) Hart. He graduated from Rodney B. Wilson High School with the class of 1948. On March 21, 1950, Jack married Margaret Ann Houser at St. Johns United Methodist Church. Margaret passed away on June 25, 2019. Jack and Margaret lived in St. Johns until 1990, and then spent the next 27 years in Cottonwood, AZ before returning to St. Johns in 2017.  Jack worked for Federal Mogul for many years, retiring in 1990.
Jack was an avid hiker and photographer. He swam regularly until 2017. He volunteered for decades at Verde Valley Medical Center; where he assisted in coaching Mingus Jr. High Basketball, and worked at the Anderson Art Gallery in Jerome, AZ.
Jack is survived by 3 children: Terry (Barbara) Hart of Lansing, Deborah (Michael) McLeod of Powhatan, VA, and David Hart of St. Johns.  He is also survived by 8 grandchildren: Aaron (Krista) LeVeck, Jessica Hart, Sarah (Brock) Randolph, Grace (Jason) Rodgers, John (Kelly) Hart, Mary (Ryan) Jackson, Paul (Natalie) Hart, and Erica Hart; plus, 14 great-grandchildren and many nieces and nephews.   He was preceded in death by his parents, and wife Margaret (2019).
In lieu of flowers, memorials may be made to Angel House (angelhouse.me - 145 S. Livernois Rd. #308, Rochester Hills, MI 48309). Online condolences can be made at www.smithfamilyfuneralhomes.com. The family is being served by Smith Family Funeral Homes - Osgood Chapel, St. Johns, Michigan.

To order memorial trees or send flowers to the family in memory of Jack Hart, please visit our flower store.