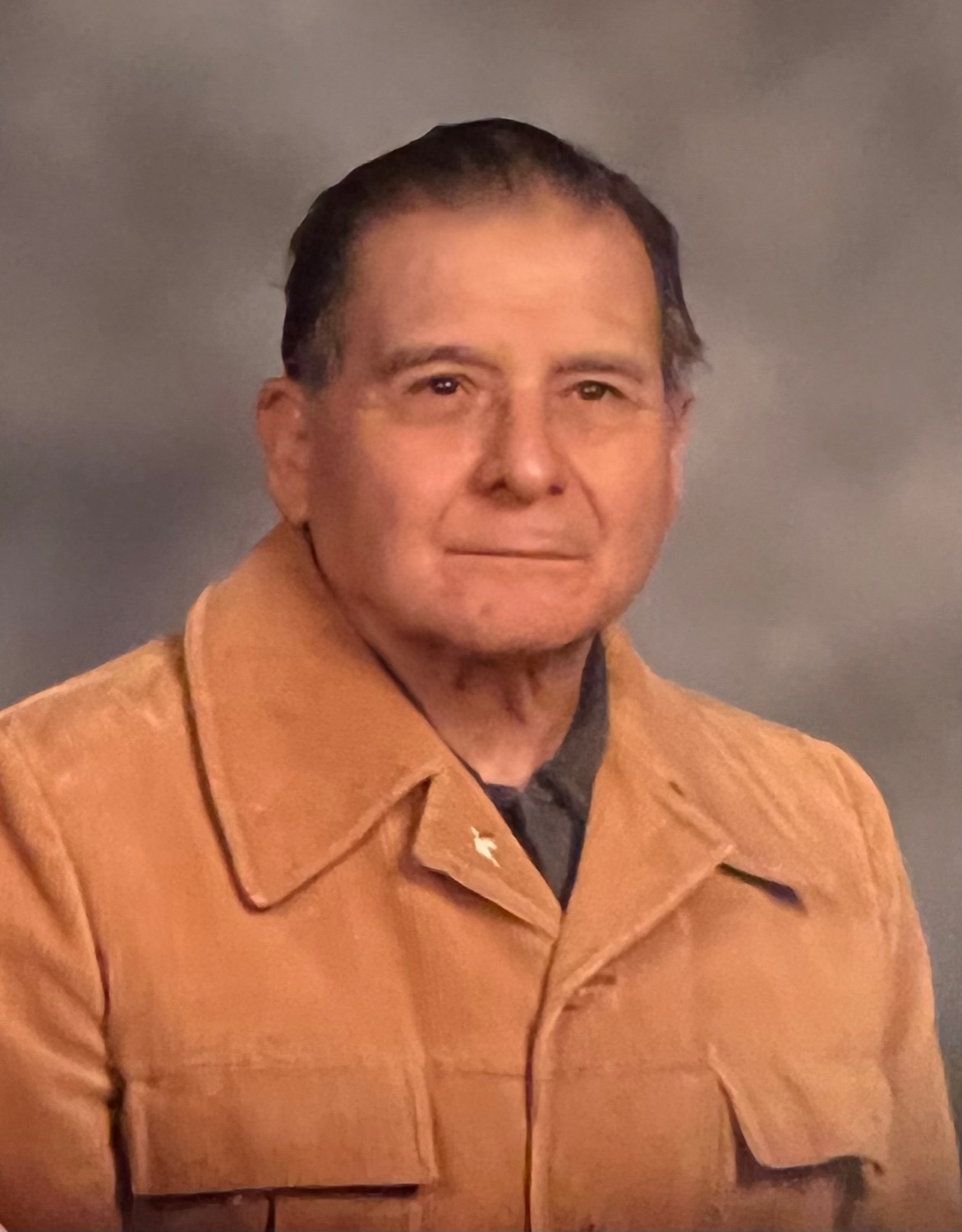 Israel O. "Blondie" Davila, Sr., age 94, of Midland, MI, passed away Saturday, March 19, 2022, at MyMichigan Medical Center - Midland, MI.
Cremation has taken place and the family will hold a celebration of his life at a later date.  His ashes will be buried next to his wife at Chapel Gardens Cemetery, Gratiot County, MI.
Israel was born in Alice, Texas on September 13, 1927, the son of Raul and Antonia (Ruiz) Davila. Israel married Maria Esther (Vega) on January 26, 1946 and she preceded in death on May 16, 2012 after 66 years of marriage. They resided most of their life in St. Louis, MI.  Israel was a member of St. Agnes of Sanford and a former member of Mt. St. Joseph Catholic Church in St. Louis, MI.
Blondie was an avid reader, he kept up on the news and Tigers Baseball.  He started out working with Greening's Auto in Alma. Working with them allowed him to gain knowledge and skill to open his own body shop at his home.
He is survived by his sons: Israel Jr. (Angela) Davila of Mt. Morris, MI; Daniel (Loraine) Davila of Bay City, MI; Oscar (Margret) Davila of Bay City, MI; Victor (Cherie) Davila of Saginaw, MI; and daughters: Juanita "Janie" (Leslie) Hunt of St. Louis, MI; Dora Reed of Auburn, MI; 15 grandchildren, 18 great grandchildren; 3 step-brothers and 2 step-sisters.  He was preceded in death by his wife, son-in-law, Michael Reed, and brothers, Raul and Jose Davila.
Memorials may be made to help Ukraine Families via support.crs.org. Online condolences can be sent to www.smithfamilyfuneralhomes.com. The family is being served by Smith Family Funeral Homes, St. Louis, Michigan.

To order memorial trees or send flowers to the family in memory of Israel O. “Blondie” Davila, please visit our flower store.
Send a Sympathy Card