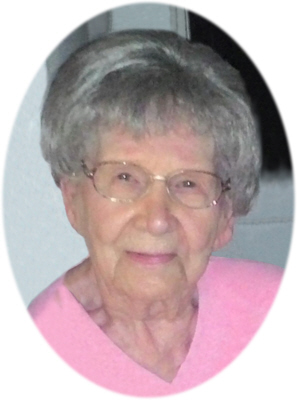 Iris Elaine Mecomber, age 89, of Breckenridge, MI, passed away Tuesday, June 4, 2019, at Schnepp Health Care Center with her family by her side.

Funeral Services will be held at Smith Family Funeral Homes, St. Louis, MI, at 1:00 P.M. on Saturday, June 8, 2019, with her grandson Donald T. Mecomber officiating. Burial will follow at Oak Grove Cemetery. Visitation will be held one hour prior to the service at the funeral home.

Iris was born in St. Louis, Michigan on September 16, 1929, one of the six children of Harry E. and Nettie L. (Woodmansee) Ingersoll. She graduated from St. Louis High School with the class of 1947. On September 20, 1948, Iris married Donald James Mecomber I. They were blessed with 69 years of marriage before his death on October 13, 2017.

Iris enjoyed reading, going to the casino, playing cribbage and doing jigsaw puzzles.  She and Don loved traveling and spending time with the grandchildren and great grandchildren.

Memorials may be made to the American Cancer Society. Online condolences can be sent at www.smithfamilyfuneralhomes.com. The family is being served by Smith Family Funeral Homes, St. Louis, Michigan.

To order memorial trees or send flowers to the family in memory of Iris Mecomber, please visit our flower store.
Send a Sympathy Card