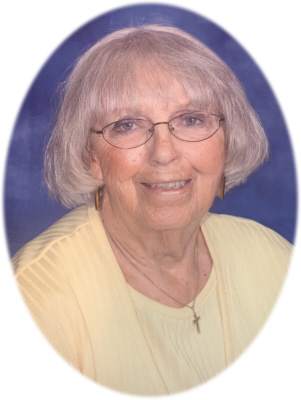 Gwendolyn was born in Owosso, MI on July 12, 1933, the daughter of LeRoy Maurer and Pauline Nethaway. She graduated from Ovid High School with the class of 1951.

Gwen was a homemaker and was the Librarian at North Elementary Library in Ovid, MI.  She was also the choir director at United Church of Ovid where she was a member.  In her spare time she sold Avon Products.

Memorials may be made to the United Church of Ovid, 131 W. Front St., P.O. Box 106, Ovid, MI 48866.  Online condolences can be made at www.smithfamilyfuneralhomes.com. The family is being served by Smith Family Funeral Homes - Houghton Chapel, Ovid, MI.

To order memorial trees or send flowers to the family in memory of Gwendolyn Kelley, please visit our flower store.
Send a Sympathy Card