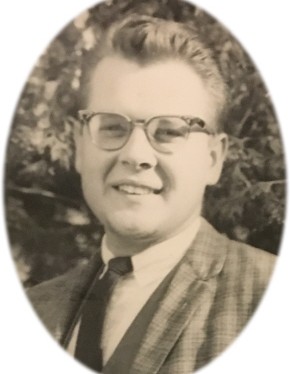 Glenn was born in Hamilton Township, MI on July 4, 1943 to Charles and Leota (Spiedel) Beck, the 4th of 5 children.  He graduated from Ithaca High School with the class of 1961.  In 1963 he married Carolyn Potter and together they had 4 children.  Glenn worked for Sears, Roebuck & Co. for 10 years.  His career took him to Cheboygan, Grayling, and Ludington, MI.

A new career venture took him and his 2nd wife Karen to San Diego, CA where he managed McDonald and Home Depot stores.  They lived there for 25 years.  After Karen passed, Glenn moved back to Michigan where he re-connected with Marsha (Lauer) Bertuleit.  They married in 2006 and spent their time together working in their garden, fishing, traveling in MI and the US and spending winters in Florida.

Memorials may be made to Gratiot County Hope House, 1001 W. Washington Ave, St. Louis, MI 48880, or to East Washington United Brethren Church, 8051 S. Crapo Road, Ashley, MI 48806.  Online condolences can be made at www.smithfamilyfuneralhomes.com. The family is being served by Smith Family Funeral Homes, Ithaca, MI.

To order memorial trees or send flowers to the family in memory of Glenn Beck, please visit our flower store.
Send a Sympathy Card