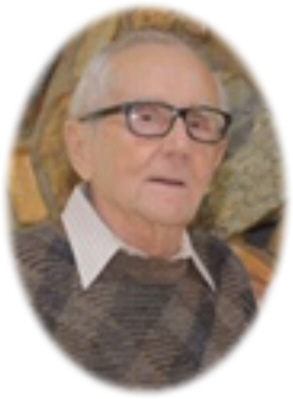 Fred owned and operated his own barber shop in North Star for many years and he also owned a small farm. Fred and his brother Don owned standard bred horses for harness racing. He enjoyed playing golf with his buddies during his many retirement years. Fred loved spending time with his family especially his devoted wife of 70 years, Billie.

He is survived by his children: Terri and Jim Russell of Stevensville, MI; Mark and Coleen Shaull of West Bloomfield, MI; Pam and Allan Brunmeier of Grand Blanc, MI; 4 grandchildren: Courtney and Eric Linenberg, Casey and Boby Testini, Erin and Josh Reed, Robert Brunmeier; 6 great grandchildren; sister June Sipkovski; and brother Dick and Bernice Shaull. He is also survived by many nieces and nephews.  He was preceded in death by his parents, his wife Billie, and siblings: Ron Shaull, Bob Shaull, Ruth Newton, Ellie Cowdrey, Ray Shaull, and Don Shaull.

Fred has been cremated and a Private Family Graveside Service for both Fred and Billie, who passed away April 16, 2019 will be held at North Star Cemetery at a later date.

Memorial contributions can be made to The Care Team Hospice of Michigan, 5401 Gateway Center, Suite D, Flint, MI 48507. Online condolences can be made at www.smithfamilyfuneralhomes.com. The family is being served by Smith Family Funeral Homes – Osgood Chapel, St. Johns, MI.

To order memorial trees or send flowers to the family in memory of Fred Shaull, please visit our flower store.