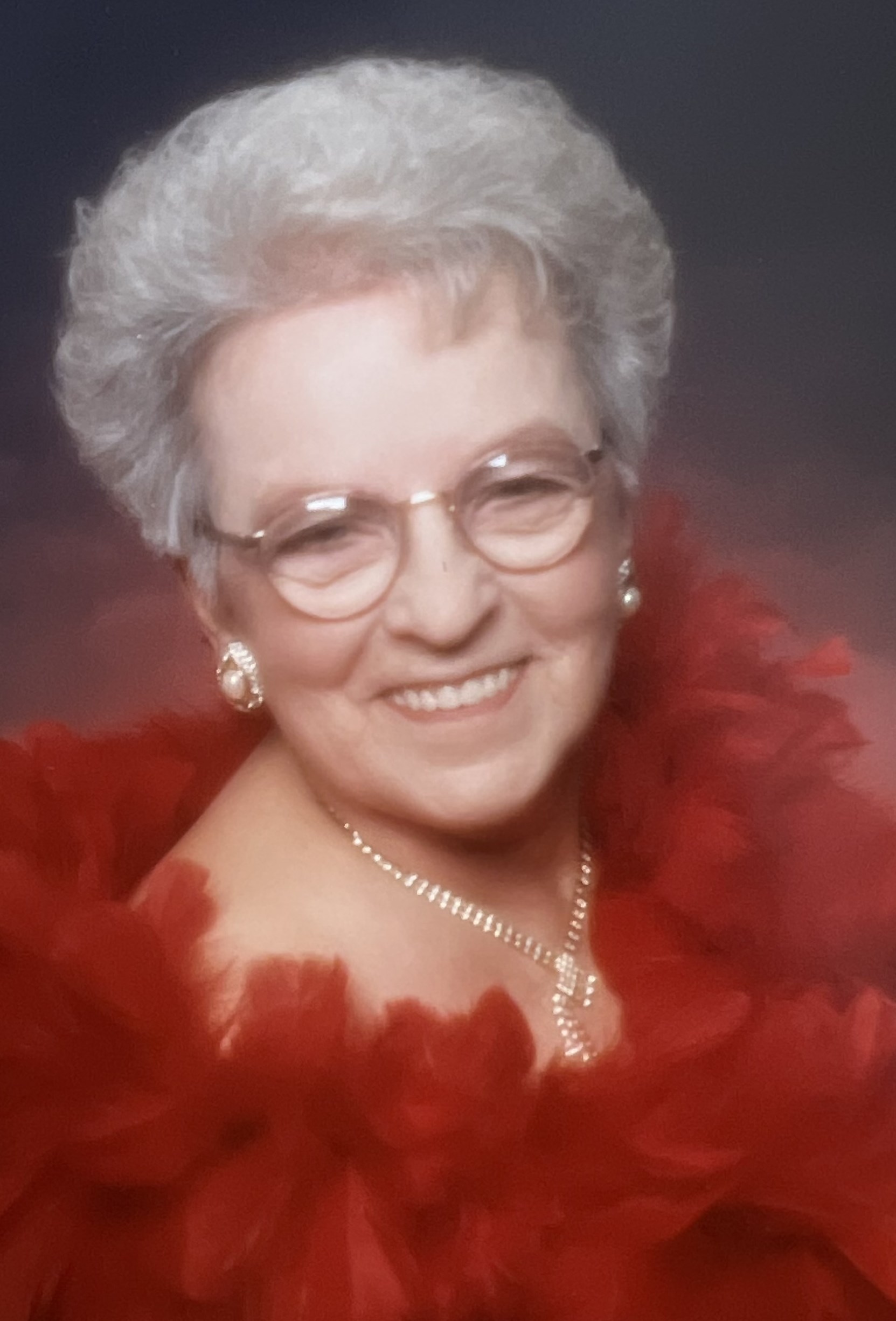 Funeral Services will be held at Smith Family Funeral Homes, Elsie Chapel on Sunday, July 31, 2022, at 1:00 P.M., with Pastor Dave Stanton and Pastor Bobbie Stanton officiating.  Burial will take place at Fairfield Township Cemetery, Fairfield Twp, MI.  Visitation will be held on Saturday, July 30, 2022 from 2-8 P.M. with the family present from 2-4 & 6-8 P.M. at the funeral home.

Frances was born in Detroit, Michigan on May 11, 1929, the daughter of Benjamin Clifford and Lela (Priest) Romesburg.  She graduated from Redford High School in Detroit with the class of 1947.  Fran married Perry "Pat" E. Nethaway on June 5, 1948 in Burton, Michigan.  Pat passed away on September 17, 2004.

Fran was a wonderful homemaker who was always cooking and baking.  She was known for her homemade bread and cinnamon rolls, winning several awards at county fairs.  Fran enjoyed flower arranging, gardening, line dancing and entertaining in her clown suit as "Chickie" for friends and family.  She was a member of the Elsie Dairy Festival Planning Committee and she volunteered at the Ovid Healthcare Center for many years.  She attended Carland Zion Brethren Church.

Memorials may be made to the Elsie First Responders and Fire Department Elsie, MI 48831. Online condolences can be sent to www.smithfamilyfuneralhomes.com. The family is being served by Smith Family Funeral Homes, Elsie, Michigan.

To order memorial trees or send flowers to the family in memory of Frances Ann (Romesburg) "Fran" Nethaway, please visit our flower store.