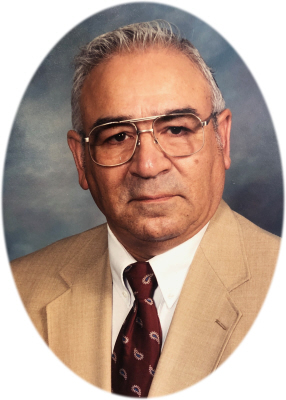 Felix was born in Malakoff, TX on August 31, 1934, the son of Manuel H. and Guadalupe (Sanchez) Ramirez. He graduated from Breckenridge High School with the class of 1955. On February 10, 1963 he married Rosalva Valladares in Harlingen, TX. They celebrated 57 years of marriage together.

Felix retired from Lobdell-Emery in 1996 after more than 30 years of service. He enjoyed fixing cars up and selling them. He loved attending auction sales and buffet restaurants. Felix and Rose spent winters in Apache Junction, AZ. He enjoyed waking up early in the morning and walking his dog Lady. Felix was a member of Mt. St. Joseph Catholic Church, St. Louis, MI. He proudly served his country in the United States Army.

Memorials may be made to Elara Caring Hospice, 3100 West Rd #110, East Lansing, MI 48823.  Online condolences can be made at www.smithfamilyfuneralhomes.com. The family is being served by Smith Family Funeral Homes, St. Louis, MI.

To order memorial trees or send flowers to the family in memory of Felix Ramirez, please visit our flower store.