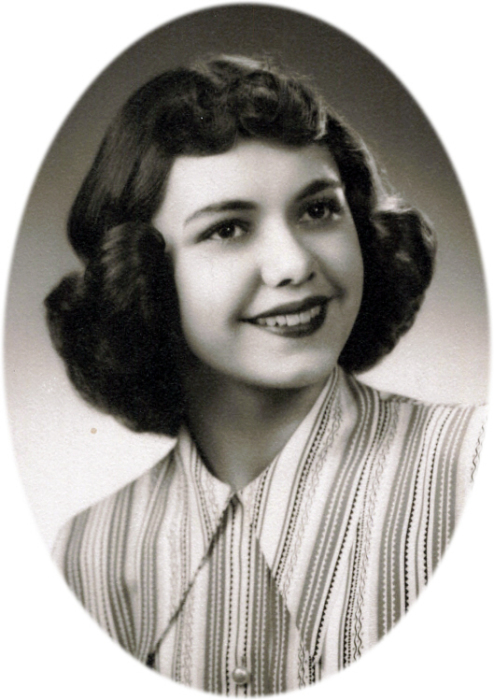 A Memorial Service will be held at Smith Family Funeral Homes - Osgood Chapel, St. Johns, MI, at 1:00 P.M. on Monday, October 25, 2021. Private family burial will take place at St. Paul Catholic Cemetery, Owosso, MI. Visitation will be one hour prior to the service at the funeral home beginning at 12:00 P.M.

Evelyn was born in Flint, Michigan on January 22, 1932, the daughter of Theodore John and Marian Theresa (Fedewa) Armbrustmacher. She graduated from St. Paul's Catholic High School in Owosso with the class of 1949.  On April 18, 1953, Evelyn married George A. Speers in Owosso.  He passed away on February 14, 2020.   Evelyn was passionate about genealogy. She performed extensive research that benefited not only her family, but others as well.

Online condolences may be made www.smithfamilyfuneralhomes.com. The family is being served by Smith Family Funeral Homes - Osgood Chapel, St. Johns, Michigan.

To order memorial trees or send flowers to the family in memory of Evelyn Speers, please visit our flower store.
Send a Sympathy Card