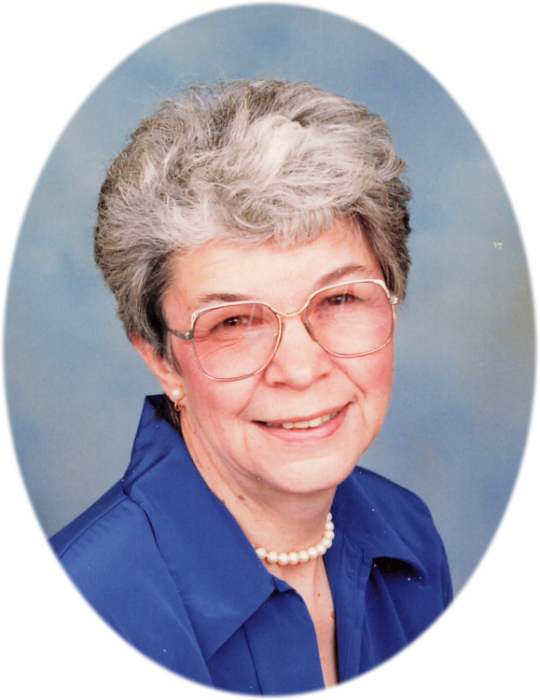 Elizabeth was born in Chilton, Wisconsin on June 19, 1926, the daughter of John M. and Minnie (Dorn) Schmitz.  She graduated from Chilton High School with the class of 1943.  She worked for MSU in the Registrar’s Office for 15 years.

Elizabeth enjoyed journaling, scrap-booking, cross word puzzles and enjoyed the arts.  In her later years she played scrabble and was political minded person and wrote letters to the President's, Senators and many political people.  Some of the sadder times in her life were seeing 3 of her children pass away before her; Elizabeth was a survivor and had great strength.

She is survived by her children: 2 daughters Patricia O'Donnell of Lansing, MI; and Theresa and Michael Hicks of Lansing, MI; daughter-in-law Gwen and Jim Graham of Fenton, MI; 3 grandchildren: Andrew and Dana O'Donnell, Laura and Lee Johnson, and Jonathan Hicks.  She is also survived by 3 great-grandchildren Luke, Levi, and Everhett.   She was preceded in death by her parents, daughter Elise, 2 sons: Mark A. O'Donnell and Timothy O'Donnell, 2 grandsons Mark Edward O'Donnell, Brian Robert O'Donnell, 5 brothers: Donald, Lloyd, Edward, Robert Sr. and John Jr., and 3 sisters: Ruth, Grace and Laurie.

Memorials may be made to Elsie Public Library 145 West Main Street, Elsie, MI 48831.  Online condolences can be sent to www.smithfamilyfuneralhomes.com. The family is being served by Smith Family Funeral Homes, Elsie, Michigan.

To order memorial trees or send flowers to the family in memory of Elizabeth "Betty" O'Donnell, please visit our flower store.
Send a Sympathy Card