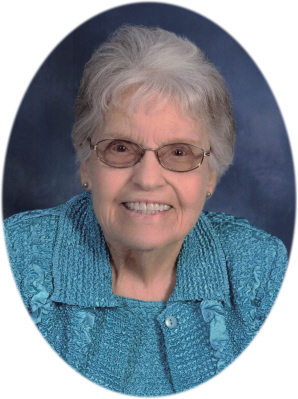 Edith “Lorraine” (Underwood) Wright, of Lansing, MI and Zephyrhills, FL, age 97, passed away on Wednesday, January 13, 2021 in Zephyrhills, Florida as a result of a fall.

She was born on the family farm on April 7, 1923 in Essex Township, MI to Abram Lincoln and Edith Helen (Payne) Underwood.  The youngest of 11 children, Lorraine maintained the family farm during World War II as her older brothers and sisters left the homestead for family or to serve in the war.  Lorraine graduated from Maple Rapids High School in 1941 and from Cosmetology School in 1942.  She married Clinton Adderson Wright on November 10, 1945 in Maple Rapids, MI and they resided in Saginaw, MI until 1951.  After living a year in Boulder City, NV, they moved to Lansing, MI where she resided for 63 years before moving in with her daughter.  At marriage Lorraine immediately took on the mother role of raising 2 young step-daughters. Lorraine owned and operated her own beauty salon from 1955-1967.  She then worked for Michigan State University until her retirement in 1985.  Lorraine had been an active member of the Maple Rapids Congregational Christian Church prior to moving to Saginaw.  After moving to Lansing, she attended Gunnisonville United Methodist Church for many years.  She assisted her husband as Mrs. Santa Clause for over 35 years and they were active in several square dance clubs over the years.  She was a member of the Eastern Stars.  As a mother, Lorraine was active in Girl Scouts, PTA, and all school activities.  She enjoyed genealogy and was a member of the Hubbardston Area Historical Society, gardening and canning large vegetable gardens, traveling, and spending time with family and friends both here and at her second home in Zephyrhills, FL.  Lorraine was a caring, loving, selfless caretaker who spent many of her years caring for her family and loved ones and was like a mother to so many who called her “Mumsy”.  She so enjoyed collecting family memorabilia and was the family historian who loved to tell tales of her family heritage and history.  She authored several publications recording these stories of her past and the Underwood/Payne family history.

The family will receive friends at Smith Family Funeral Homes - Osgood Chapel, St. Johns, MI on Friday, January 22, 2021 from 2-4 and 6-8 P.M.  The Funeral Service will be held at Christian Congregational Church in Maple Rapids, MI on Saturday, January 23, 2021 at 1:00 P.M. with the family receiving friends from 11:00 am until service time on Saturday at the Church.  The service will be live streamed on the Smith Family Funeral Homes Facebook page.  Graveside services will follow at Payne Cemetery, Maple Rapids, MI. COVID19 safety protocols will be followed during all services and visitation to include wearing masks and social distancing.

In lieu of flowers, memorial contributions may be made to a charity of your choice, in memory of Lorraine Wright.  Online condolences may be made at www.smithfamilyfuneralhomes.com  The family is being served by Smith Family Funeral Homes – Osgood Chapel, St. Johns, MI.

To order memorial trees or send flowers to the family in memory of Edith "Lorraine" Wright, please visit our flower store.
Send a Sympathy Card