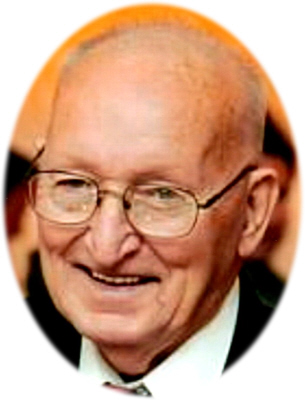 Edgar was born in Detroit, Michigan on September 3, 1927, the son of Harry and Jessie (Payne) Conley.  He graduated from Rodney B. High School with the class of 1945.

He married Marie Marcella Braun on June 22, 1949 at Most Holy Trinity Catholic Church in Fowler, Michigan.  She passed away on February 25, 2004.  They were blessed with 55 years of marriage prior to her passing.

Edgar worked for Oldsmobile in Lansing for 33 years retiring in 1980. He enjoyed golfing, bowling, woodworking.  His grandchildren were very important to him.  One of his favorite things was going to Dershey's Cafe playing cards and on his way home he would enjoy his daily drive-by.  He was a member of St. Joseph Catholic Church.

Memorials may be made to Parkinson Foundation or Your local Hospice Program.  The family would like to thank Edgar’s caregivers: Kim Makara and Jennifer Murdock.  Online condolences can be sent to www.smithfamilyfuneralhomes.com. The family is being served by Smith Family Funeral Homes - Osgood Chapel, St. Johns, Michigan.

To order memorial trees or send flowers to the family in memory of Edgar Conley, please visit our flower store.
Send a Sympathy Card