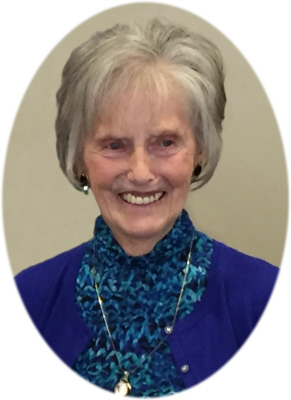 Dorothy Fraker went to meet her Lord and Savior on Thursday, September 5, 2019, with her loved ones by her side. Dorothy, whose given name was Iva Magdalena Butler, was born in Lansing, MI on May 23, 1924 to Charles Simeon and Lydia Belle (Foerch) Butler.  While a small child of 5 years, her mother passed and because of the depression and hard times, she was placed in an orphanage. She was adopted from the orphanage and given the name Dorothy. She traveled around the country with her adopted family while her dad worked various jobs. She returned to Michigan and met and married Charles Gardner Fraker on June 5, 1943 in Ithaca, MI.

Charlie and Dorothy lived and raised their family in Pompeii, MI.  After Charlie retired they spent their winters in Bonita Springs, FL and summers in the U.P. at Brevort Lake. Later in their life they moved back to Alma to be close to family. She dearly loved her family and rarely missed a birthday.

Dorothy reflected Christ in her life and all that she did. She became involved in a local church wherever she and Charlie were located. She often became the pianist at many of the churches she attended.  She completed the Stephen Ministry training in her 80’s and was a dedicated soul winner and had a great impact on many people. Dorothy has been a member at Community Baptist Church in Alma.

Dorothy’s life story is recounted in the book, “Lost but not Forgotten” written by her daughter, Valerie Hunsberger.

A special thanks to Arbor Grove Assisted Living for their excellent care and compassion.

Funeral Services will be held at Smith Family Funeral Homes, Ithaca, MI on Monday, September 9, 2019 at 2:00 P.M., with Pastor Paul Loney and Pastor Randy Brandon officiating.  Interment will follow in Fulton Township Cemetery, Perrinton, MI.  Visitation will be Sunday, September 8, 2019 from 6-8 P.M. at the funeral home.

In lieu of flowers, memorial contributions can be sent to Footprint Missions,  P.O. Box  365, Alma, MI 48801, or online at footprintsmissions.org. Footprints Missions operates an orphanage in Sierra Leone, Africa.  Online condolences may be made at www.smithfamilyfuneralhomes.com  The family is being served by Smith Family Funeral Homes, Ithaca, MI.

To order memorial trees or send flowers to the family in memory of Dorothy Fraker, please visit our flower store.
Send a Sympathy Card