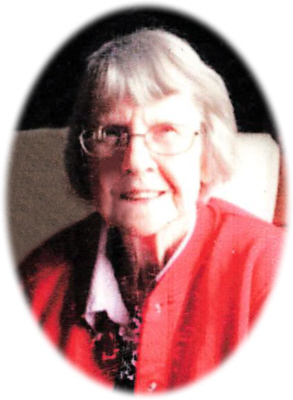 A Private Funeral Service will be held.  Burial will take place at Riverside Cemetery, Alma, MI.

Dorothy was born July 25, 1924 in Merrill, MI, the daughter of Irving and Neva (Pruden) Rogers.  She lived in St. Louis and Ithaca most of her life.  She was a lifelong homemaker.  She spent many years as a Sunday School teacher at the First Baptist Church of Ithaca.  Dorothy enjoyed knitting hats for the Salvation Army & Lansing Mission, tending to her flower gardens, gathering unusual stones, working puzzles, crosswords, and spending time by the river in Alma, MI.

She is survived by her son David (Janet) Gault of Ithaca, MI, two daughters: Cheryl Moyer of Pepin, WI, and Gail (Dana) Bliss of Lake Wales, FL.  She is also survived by 5 grandchildren, 5 great-grandchildren, 7 great-great grandchildren and 6 stepchildren.  She was preceded in death by her parents, four sisters and three brothers, her first husband Richard Gault and second husband Robert Ellsworth, and many nieces & nephews.

In lieu of flowers, memorial contributions may be made to Ithaca Baptist Church, Ithaca, MI.  Online condolences may be made at www.smithfamilyfuneralhomes.com. The family is being served by Smith Family Funeral Homes, Ithaca, MI.

To order memorial trees or send flowers to the family in memory of Dorothy Ellsworth, please visit our flower store.