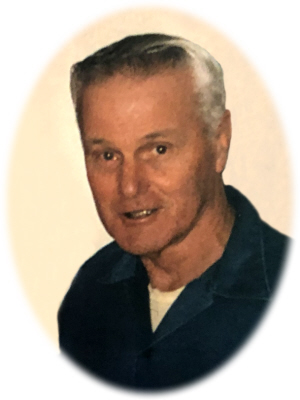 Cremation has taken place and a memorial will be held at a later date.

Donald was born in Lansing, MI on May 15, 1940, the son of Harry Thomas and Alleen Marie (Shirey) Casaday. He graduated from Lansing Eastern High School.  Don married Martha Marie Irene Beyer on August 18, 1962, in Lansing, MI. They celebrated 57 years of marriage. Martha passed away on August 4, 2019.

Don had previously owned and operated a Marathon Gas Station in Okemos, MI. He went on to work at Motorwheel and helped out working on a farm in Perry, MI before retirement. He loved trapping, hunting, and fishing. He enjoyed working on computers. Don and Martha enjoyed dancing together and going out with friends; they were inseparable. Family and friends were very important to Don. He especially loved time spent with his grandchildren.

He is survived by 2 sons: Charles Casaday of Owosso MI; and Ronald and Melissa Casaday of Ovid, MI; 4 granddaughters: Shelby and Corey Ross, Casandra Casaday, Macie Casaday, and Sadie Casaday; 4 great-grandchildren: Zoey, Calum, Rachel, and Ylette; and brothers Robert and Michele Casaday of Eaton Rapids, MI; and Tom Casaday of Las Vegas, NV. He is also survived by many nieces and nephews.  He was preceded in death by his parents, wife, and son Donald Frederick Casaday Jr.

Online condolences can be sent to www.smithfamilyfuneralhomes.com. The family is being served by Smith Family Funeral Homes - Houghton Chapel, Ovid, MI.

To order memorial trees or send flowers to the family in memory of Donald Casaday, please visit our flower store.