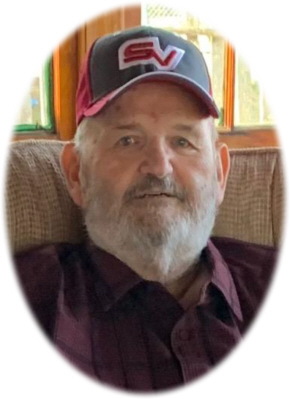 Donald was born in Wayne, MI on August 4, 1940 the son of Robert and Genevieve (Dowhan) Bradley.  He was a graduate of West Bloomfield High School and attended Ferris State University.  Donald married his High School sweetheart, Joanne Lobby on August 19, 1961 in West Bloomfield, MI.  Donald resided most of his life in Oakland County and St. Johns.

Donald loved his grandkids and spending time with them.  He enjoyed watching and attending every sporting event possible.  Donald also enjoyed camping with his wife and many friends.  He retired from General Motors after more than 30 years as a Journeyman Toolmaker and Welder.  He was an avid NASCAR fan and enjoyed frequenting Soaring Eagle Casino.  Donald was a member of the Elk's Club, active with the UAW and the 59ers which was a group of graduates from West Bloomfield High School.

He is survived by his wife Joanne Bradley of St. Johns, MI; daughter Sheryl and Dave Onofrio of Highland, MI; son John and Terry Bonner of Keego Harbor, MI; daughter Dianne and James Zinkel of Frankfort, IL; 5 grandchildren: David Onofrio, Hanna Zinkel, Daniel Onofrio, Isabelle Zinkel and Jolene Bonner; and his sister Patricia and Joe Healy of Mt. Airy, MD. Donald was preceded in death by his parents and his brother Robert Bradley.

Memorials may be made to American Heart Association. Online condolences can be sent to www.smithfamilyfuneralhomes.com. The family is being served by Smith Family Funeral Homes - Osgood Chapel, St. Johns, MI.

To order memorial trees or send flowers to the family in memory of Donald Bradley, please visit our flower store.
Send a Sympathy Card