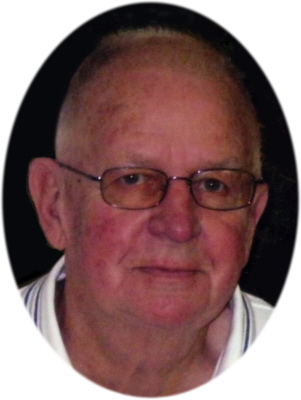 Cremation has taken place and a Private Family Service was held at Ridgelawn Cemetery, Breckenridge, MI. A Public Memorial Service will be planned at a later date.

Dewey was born in Lansing, MI on September 16, 1935, the son of Lester and Freeda (O'Boyle) Mallory. He has spent most of his life in the Wheeler area. On April 9, 1955, Dewey married Nancy Kay Wolfgang in Elwell, MI. They recently celebrated their 65th anniversary.

Dewey worked at General Motors for 30 years, but is best known for owning and operating Dewey's Carpet Cleaners for 45 years. He loved cleaning carpets and the friendships he developed with his customers. Dewey never forgot his customers. For years, he loved to grow pumpkins on his farm. He looked forward to his daily meetings uptown with the guys for coffee. Dewey knew everyone and had many friends! He always liked to talk on the phone with his family and friends. He was known to be a tremendous story teller. Dewey's best friend and constant companion was his dog Barney; he went everywhere with him. He loved to go pheasant hunting and spending time at deer camp with his sons and grandsons. Dewey's greatest pride was his family; he dearly loved each one and always enjoyed spending time with them.

In lieu of flowers, donations may be made to the family for a monument at Ridgelawn Cemetery. To leave an online condolence for the family, please visit Dewey's obituary at www.smithfamilyfuneralhomes.com. The family is being served by Smith Family Funeral Homes, St. Louis, MI.

To order memorial trees or send flowers to the family in memory of Dewey Mallory, please visit our flower store.
Send a Sympathy Card