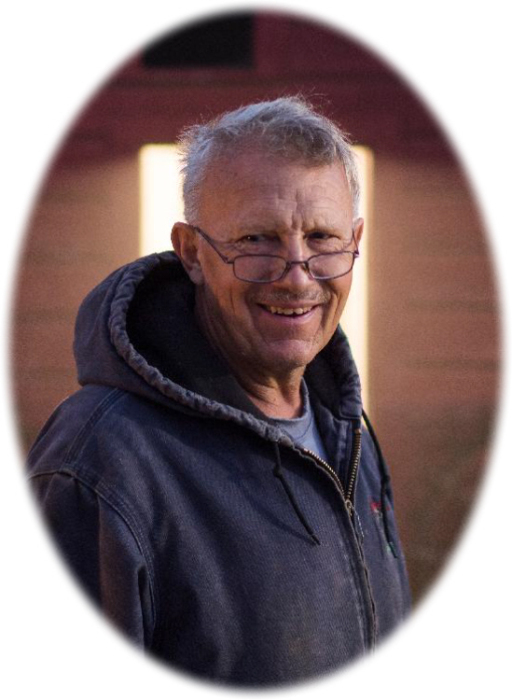 Dennis was born in St. Johns, Michigan on February 28, 1956, the son of Herman Harry Baese and Lyla Jane  (Walker)  Brush. He graduated from Ovid Elsie with the class of 1974. On January 18, 1975 he married Pamela Jeanne Hufnagel at Duplain Church of Christ.

Dennis enjoyed working on his farm and with the cows. He also enjoyed spending time with young people, his grandchildren were very important to him. He served on many boards, FSA in Clinton County, Elsie Food Bank Board, and was a Duplain Township Board member. His community was important to him also. He was a man of strong faith.

He is survived by his wife, Pam Baese;  2 daughters: Christine Baese, and Elizabeth Baese and Robert Nemeth; his son Will and Renee Baese; 7 grandchildren: Arlexis, Clarissa, Ella, William, Maxwell, Lucas, and Kordell; mother Lyla Brush; sister Michele and Bob Powers; and brother David Baese.  He was predeceased by his father, Herman, brother Glen, and step father Rod Brush.
Memorials may be made to  Elsie Area Food Bank P.O. Box 311 Elsie, MI 48831. Online condolences can be sent to www.smithfamilyfuneralhomes.com. The family is being served by Smith Family Funeral Homes, Elsie, Michigan.

To order memorial trees or send flowers to the family in memory of Dennis Alan Baese, please visit our flower store.
Send a Sympathy Card