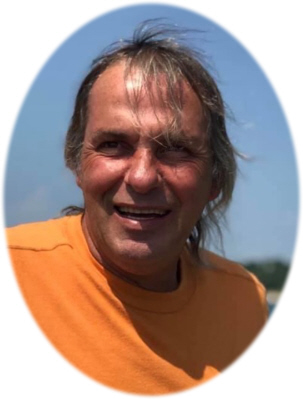 Darrell was born in Pittsfield, ME on June 16, 1964, the son of Gordon Leroy and Roberta Etta (Bennett) Deering. He graduated from Nokomis High School, Newport, ME with the class of 1983.

After many years of owning and operating a commercial cleaning business in Maryland, Darrell & family relocated to Michigan in 2010, He fulfilled a lifelong dream and became a long distance truck driver. In January 2020, Darrell was honored as an "Ambassador Driver" for Melton Truck Lines upon reaching the 1,000,000 mile mark.

Darrell loved his family dearly and they were always his first priority. They brought much joy to him and he was very proud of them. He had a special bond with his granddaughter, Evelyn. Darrell was a hard worker and enjoyed being outside with family and friends working or riding his four-wheeler.  Together Darrell and his family attended Pilgrim United Methodist Church in St. Johns where he was baptized in April 2019.

Darrell is survived by his parents: Roberta Kelley and David Brown, his wife Traci, 3 children: Jamie (Stephen) Dorsey of Frederick, MD; Michelle Deering of Frederick, MD; and Shawn Deering of Elsie, MI; granddaughter Evelyn and one more granddaughter on the way. He is also survived by brother Tony (Wanda) Bennett and many nieces and nephews.  Darrell was preceded in death by his father Gordon Deering, one brother Edwin Deering and grandparents: Robert and Frieda Bennett and Dorothy Deering.

Memorials may be made to the wishes of the family. Online condolences can be made at www.smithfamilyfuneralhomes.com. The family is being served by Smith Family Funeral Homes, Elsie, MI.

To order memorial trees or send flowers to the family in memory of Darrell Deering, please visit our flower store.