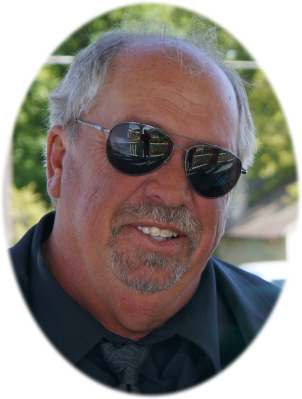 Daniel Thomas Latz, age 64, of Elsie, MI, passed away peacefully after a short battle with cancer, on Monday, July 19, 2021, at his home surrounded by his loving family.

Dan was born in Owosso, Michigan on June 28, 1957, the son of Thomas and Patricia (Vlcek) Latz.  He graduated from Ovid-Elsie High School with the class of 1975.  He earned an Associate Degree in Landscape and Nursery from MSU in 1977.

Dan met the love of his life, Kathy Behrens, in high school art class.  They later became engaged and were married on June 25, 1977 at St Paul’s Catholic Church, Owosso.  They recently celebrated their 44th wedding anniversary.

Dan worked all his life in the landscape and nursery field.  He owned and operated Latz's Outdoor Attic, nursery and landscape business, in Owosso.  He was a grounds keeper for the William F. Mitchell Estate, Corunna and was employed at Kluck Nursery, Saginaw.

Dan loved the outdoors and was an avid hunter; fisherman, mushroom forager, and he loved gardening.  He went by many names: Husband, Dad, Papa, Uncle Dan, Dantana, DDT, Dan the Man, his love of the outdoors was only exceeded by his love for his family.  He was blessed with 4 grandchildren and nothing brought him more joy than spending time with them and being called PaPa.  He will be greatly missed by his many friends and family.

A Memorial Service will be held at Smith Family Funeral Homes, Elsie, MI, at 2:00 P.M. on Wednesday, July 28, 2021. Visitation will be held from 12:00 P.M. until the time of the service at the funeral home. For those unable to attend, the service will be available via Facebook Live on the Smith Family Funeral Homes Facebook page.

Memorials may be made to the family, to help cover both medical and living expenses.  Online condolences may be made at www.smithfamilyfuneralhomes.com.  The family is being served by Smith Family Funeral Homes, Elsie, MI.

To order memorial trees or send flowers to the family in memory of Daniel Latz, please visit our flower store.
Send a Sympathy Card