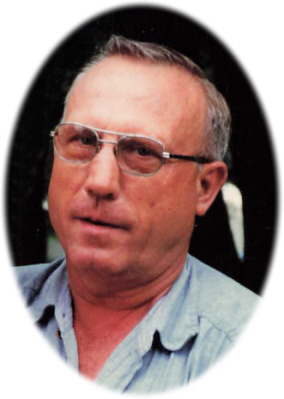 Funeral Services will be held at Smith Family Funeral Homes - Osgood Chapel, St. Johns, MI. on Monday, May 17, 2021, at 12:00 P.M with Pastor Mona Kindel officiating. Burial will follow at Payne Cemetery. Visitation will be prior to the funeral beginning at 11:00 A.M.

Dale was born at home in St. Johns, MI on September 15, 1938, the son of Harold and Letha (Winslow) Wineland. He attended St. Johns Public Schools and lived in St. Johns most of his life.

Dale was a hard worker. He began working on the family farm at a young age and later during change-over at GM worked on the Livingston and Benson farms.  He was a material handler operating a forklift truck at GM for over 40 years.

During the blizzard of '78, Dale helped to deliver food and medicine to people on his Evinrude snowmobile.

Dale liked antique Farmall tractors and was very proud of the Farmall F-20 he and his father restored. He enjoyed showing it at tractor shows and area parades. He frequented Dershey's Cafe and always looked forward to time with his "Dershey's Family." After retirement, Dale, as his mother used to say, liked "rammin' the roads." He loved his family and liked to attend his grandchildren's sporting events.

The family would like to thank Connie and the staff at Connie's AFC for their compassionate care of their dad.

In lieu of flowers, the family requests that memorials be made to The United Way or the charity of your choice. Online condolences may be made at www.smithfamilyfuneralhomes.com. The family is being served by Smith Family Funeral Homes - Osgood Chapel, St. Johns, MI.

To order memorial trees or send flowers to the family in memory of Dale Wineland, please visit our flower store.