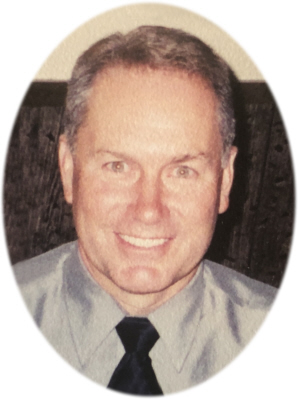 Cullen Dwight Webb, 66, of Breckenridge, MI, peacefully rode through the gates of heaven on Wednesday, September 11, 2019, at his home surrounded by family after a long and brave battle with Progressive Supranuclear Palsy.

Funeral Services will be held at Breckenridge United Methodist Church, 125 3rd St., Breckenridge, MI, on Monday, September 16, 2019 at 12:00 P.M., with Pastors Rex Webb, Rick Webb, and Lee Rhodes officiating. Interment will follow at Lafayette Township Cemetery. Visitation will be held on Sunday, September 15, 2019 at Smith Family Funeral Homes, Ithaca, MI from 2-8 P.M. with family present from 2-4 & 6-8 P.M. and beginning at 11 A.M. on Monday at the church.

Cullen was born on June 23, 1953 in Alma, MI the son of Cullen A. and Bethel (Leonard) Webb.  Cullen graduated from Breckenridge High School with the class of 1971 and received his Associate's in Business Administration from Northwood University, Bachelor's in Education from Spring Arbor University and Master's in Education Administration from CMU. Cullen continued his love of baseball at Northwood University where he was MVP and captain of the team. He then went on to try out for the Portland Mavericks Class A baseball team in Portland, Oregon.

On July 26, 1980, Cullen married Karen Clark in Royal Oak, MI. They were blessed with 39 years of marriage.

Cullen, "Doc Webb" as he was commonly known, shared his love of history, Ronald Reagan and Roy Rogers with the students at Breckenridge High School where he taught for 30 years and coached baseball for 15.  He retired in 2008.

Cullen was best known for his practical jokes, sense of humor, trademark stubbornness, faith in God, and love for horses. He enjoyed hunting, trail riding across Michigan with his horses, Corey and Rudy, and working on home improvements around the Webb-Site. Cullen also enjoyed working with his dad building houses, clerking auction sales, and renovating apartments. Above all else, Cullen loved God and his family with all of his heart and took great pride in his children and grandchildren.

Memorials may be made to Countryside United Brethren Church, 4762 11 Mile Rd, Breckenridge, MI 48615.  To leave an online condolence please visit www.smithfamilyfuneralhomes.com. The family is being served by Smith Family Funeral Homes, Ithaca, MI.

To order memorial trees or send flowers to the family in memory of Cullen Webb, please visit our flower store.