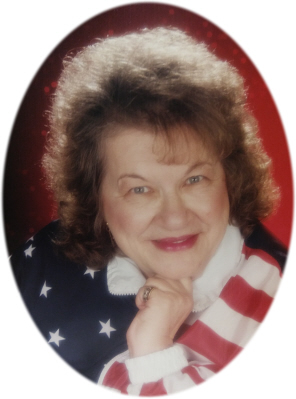 Cora Grace Goldman, age 79, of Perrinton, MI, passed away Sunday, April 5, 2020, at her home surrounded by her family.

Cora Grace was born in West Branch, MI on January 15, 1941, the daughter of Merlin Alvia and Pearl Arbutus (Serrels) Kirby.

Cora Grace spent her last 50 years serving God as a preacher and missionary seeking to win souls for Christ. She founded God's Mission Outreach in Maple Rapids over 30 years ago to help people in need all over the United States. She was passionate about her love for God and others.

In lieu of flowers, memorials may be made to God's Mission Outreach (236 W. Clinton St. Ovid, MI 48866).  To leave an online condolence for the family, please visit Cora Grace's obituary at www.smithfamilyfuneralhomes.com. The family is being served by Smith Family Funeral Homes, Elsie, MI.

Your browser does not support this video format. You should be able to view it in Chrome, Safari or Internet Explorer.
To order memorial trees or send flowers to the family in memory of Cora Goldman, please visit our flower store.
Send a Sympathy Card