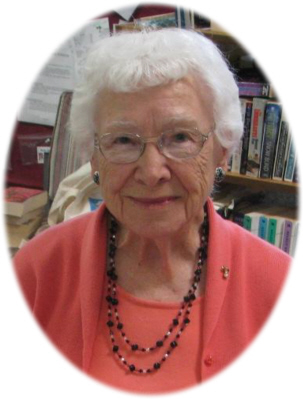 Cleo M. (Warne) DeDie, age 99, of Durand, MI, passed away peacefully with her daughter Jan at her side Friday, August 14, 2020, at Memorial Healthcare, Owosso, MI.

Cremation has taken place and a Graveside Service will be held at Summit Cemetery, Williamston, MI, on Saturday, September 26, 2020 at 12:00 P.M. Cleo will be buried with her husband Darr.

Cleo was born in Ithaca, MI, on July 26, 1921, the daughter of Frederick and Emma (Quidort) Smith.  Cleo graduated from Ithaca High School in 1939.

Cleo enjoyed music and loved to sing, which she did most every day of her 99 years.  She also enjoyed cooking, baking and gardening, and loved raising her family on their horse farm in Williamston. Cleo also worked as a cook at Williamston High School for many years.  Cleo especially loved spending time with her grandchildren, and taught every one of them to sing “You are my Sunshine” as soon as they could talk.

Memorials may be made to the Ithaca Senior Center (1011 E. North Street, Ithaca MI 48847) or The Lodges of Durand (8700 Monroe Road, Durand, MI 48429).  Online condolences can be made at www.smithfamilyfuneralhomes.com.  The family is being served by Smith Family Funeral Homes, Ithaca, MI.

To order memorial trees or send flowers to the family in memory of Cleo DeDie, please visit our flower store.