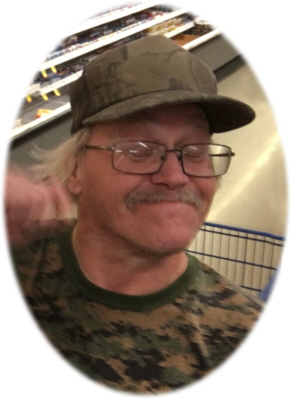 Chris was born in Alma, MI, on December 10, 1958, the son of Robert and Julie (Kinney) Heimberger. He graduated from Ithaca High School.

Chris worked with his best friend and cousin Dave Kinney, Jr. in Alma doing auto body repair for many years. He loved fishing, mushrooming, hunting, and anything else outdoors. He enjoyed taking things apart and repairing them.

Chris is survived by his parents Robert and Julie Heimberger, daughter Cassandra (Lonnie) Oswald of Ashley, and 3 grandchildren: Trey Gurski, Javin McCaul, and Maylee Oswald. He is also survived by his brother Kim (Laurie) Heimberger and their children: Brian and Sara Heimberger, sister Karrie (Roger) Hansen and their children: Brandie (Jason) Yates, and Corrie Hansen; and great-niece Emberly Yates.  Chris was preceded in death by infant brother Cory Michael Heimberger.

The family requests that donations be made to Gift of Life - 3861 Research Park Drive, Ann Arbor, MI 48108. Online condolences may be made at www.smithfamilyfuneralhomes.com. The family is being served by Smith Family Funeral Homes, Ithaca, MI.

To order memorial trees or send flowers to the family in memory of Christopher Heimberger, please visit our flower store.
Send a Sympathy Card