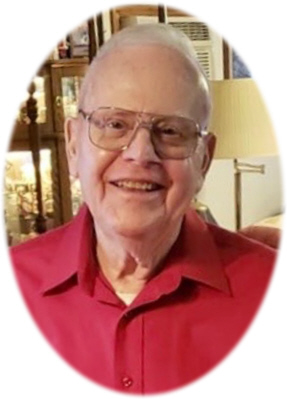 Charles Donald "Don" "Snuffy" Smith, age 85, of Ithaca, MI, passed away peacefully and reunited with the love of his life on Wednesday, March 4, 2020, surrounded by his family at The Laurels of Carson City.

Funeral Services will be held at Smith Family Funeral Homes Ithaca, MI, on Saturday, March 7, 2020 at 12:00 P.M., with Pastor John Hagerman, Pastor Mike DeVuyst and Pastor George Showers officiating. Burial will take place at New Haven Township Cemetery, Gratiot County, MI.  Visitation will be held on Friday, March 6, 2020 from 2-8 P.M. with family present from 2-4 & 6-8 P.M., and on Saturday from 11:00 A.M. until the time of the service at the funeral home.

Don retired from Lobdell Emery after 44 years of service. He was a lifelong farmer in New Haven Township and loved his Allis-Chalmers tractors. He also enjoyed rides on his Allis-Chalmers golf cart around the farm with family. Don was a dedicated U of M, Detroit Tigers and Detroit Pistons fan. He was a member of the New Haven Church of God. Family was most important to him and time spent together was treasured. Don always had a smile on his face and he will be greatly missed.

He is survived by his children: Mark and Cherie Smith of Ovid, MI; Elaine and David Kooy of Caledonia, MI; Mike Smith of Ithaca, MI; Jeff and Julie Smith of Ithaca, MI; 18 grandchildren; 7 great grandchildren with one more on the way; and sister Linda and William DeVuyst of Ithaca, MI. He is also survived by brothers-in-law: Thomas and Barb Trefil of St. Johns, MI; and Robert Whitford of Rapid River, MI; and many nieces and nephews.  He was preceded in death by his parents, and wife Nancy Lou Smith.

The family would like to adamantly express their gratitude to the staff at the Laurels of Carson City for their compassion and kindness. They went above and beyond what was expected. The family would also like to thank Angie and her staff from the Hospice Care Team.

In lieu of flowers, memorials may be made to the Laurels of Carson City, Carson City, MI or Gratiot County Commission on Aging. Online condolences can be made at www.smithfamilyfuneralhomes.com. The family is being served by Smith Family Funeral Homes, Ithaca, MI.

To order memorial trees or send flowers to the family in memory of Charles Smith, please visit our flower store.
Send a Sympathy Card