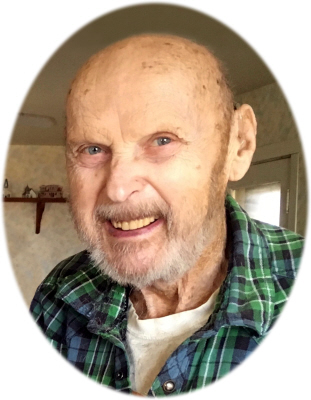 Charles Evart Rogers, age 90, of Ashley, MI, peacefully passed away his family at his side Friday, May 8, 2020, at North Star Adult Foster Care Home, Ithaca, Michigan.

Funeral Services will be held at Smith Family Funeral Homes - Osgood Chapel, St. Johns, MI, at 10:00 A.M. on Tuesday, May 12, 2020, with Pastor Timothy Cockroft officiating.  Burial will take place at Gardner Cemetery, Tyrone Township. Visitation will be held 4-7 P.M. on Monday, May 11, 2020 at the funeral home.

Charles was born in Fenton, Michigan on February 24, 1930, the son of Lyndol and Florence (Townley) Rogers.  He attended Hartland Schools. Charles married Maryellen A. Boughner on June 30, 1959 at Tyrone Presbyterian Church in Fenton, MI.  They were blessed with nearly 61 years of marriage.

Charles loved to go camping and bicycling, especially during their winters in Alabama.  He enjoyed buying and modifying Ford Falcons. Charles enjoyed fixing things and was always tinkering.  He loved his family, especially the grandchildren, and looked forward to spending time together.

Charles began his employment as a Dairy Herd Improvement Association Inspector in Livingston County for 10 years.  He was a custodian at Hartland Schools for 19 years.  But Charles' greatest passion was farming.  He truly enjoyed his years bailing hay, driving tractor, feeding cows and passed that joy along to his son.  Charles and Maryellen were longtime members of the Tyrone Presbyterian Church and currently members of St. Johns Church of the Nazarene.

Online condolences can be made at www.smithfamilyfuneralhomes.com. The family is being served by Smith Family Funeral Homes - Osgood Chapel, St. Johns, Michigan.

To order memorial trees or send flowers to the family in memory of Charles Rogers, please visit our flower store.