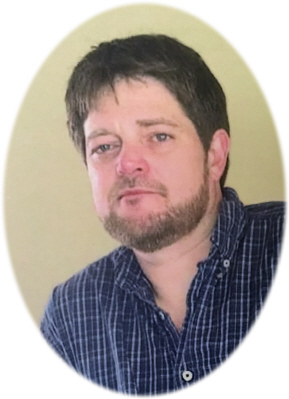 Funeral Services will be held at Smith Family Funeral Homes - Houghton Chapel, Ovid, MI, on Friday, October 4, 2019 at 2:00 P.M. with Pastor Tim Dickenson officiating. Visitation will be held on Thursday, October 3, 2019 from 2-8 P.M. at the funeral home.

Chuck was born in Lansing, MI on January 22, 1972, the son of Rick Larson and Judy (Wallace) Heinig.

Chuck enjoyed working on cars and watching NASCAR. He liked shooting pool, putting model cars together, and had a good sense of humor. Chuck was a likeable guy with a big heart, and would have helped anyone in their time of need.

Memorials may be made to the wishes of the family. Online condolences can be sent to www.smithfamilyfuneralhomes.com. The family is being served by Smith Family Funeral Homes - Houghton Chapel, Ovid, MI.

To order memorial trees or send flowers to the family in memory of Charles Larson, please visit our flower store.