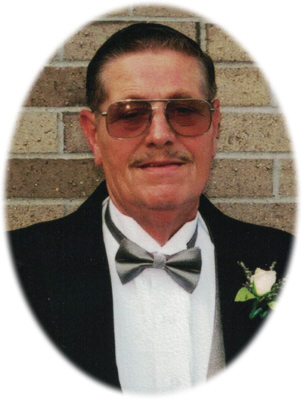 Funeral Services will be held at Smith Family Funeral Homes, St. Louis, MI, on Saturday, November 21, 2020 at 1:00 P.M., with Pastor Carl Cecil officiating.  Burial will take place at a later date at Jasper Township Cemetery, Midland County, MI. Visitation will be held on Saturday beginning at 11:00 A.M. until the time of the service at the funeral home.

Charlie was born in St. Louis, MI on October 10, 1941, the son of Henry Abraham and Geraldine Mae (Salsbury) Huntoon. He lived his entire life in the St. Louis area and attended St. Louis Public Schools. He worked at Alma Products for over 40 years, retiring in 2003.  On March 23, 1963, Charlie married Emaline Howell at the Riverdale United Methodist Church. They were married 57 years.

Charlie enjoyed hunting and playing cards, especially at Uncle Teal's. He liked to fish and enjoyed time around a bonfire with his family. Most of all Charlie loved his family and spending time with his grandkids.

Memorials may be made to the American Diabetes Association - P.O. Box 7023, Merrifield, VA  22116-7023. Online condolences may be made at www.smithfamilyfuneralhomes.com. The family is being served by Smith Family Funeral Homes, St. Louis, MI.

To order memorial trees or send flowers to the family in memory of Charles Huntoon, please visit our flower store.