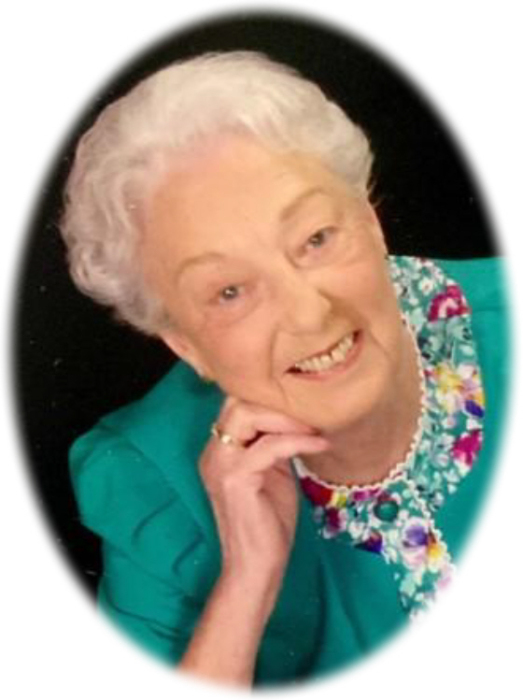 Carol Reba Barton died on Wednesday November 9th 2020 at the age of 95 at her home with family in Colorado Springs Colorado. She was born to Vern and Reba Craig in Perrinton Michigan.

She had four children Daryle Hamblin, Jeanne Eberwein, Lorri Green and Herb Barton.  She had 11 grandchildren and many great grand children.

She was salutatorian of her high school class and worked in the country store in Maple Rapids, and then for the state of Michigan in Lansing before she married Bart in 1948.  They were married for 49 years and she stood by his side while he served in the Air Force as a dedicated fighter pilot for 32 years. During those years she kept the home fires burning while he served in WW2, the Korean War and the Vietnam War and we all travelled to Luxembourg Germany, Tokyo Japan, Oahu Hawaii.  There were 26 moves all the way from Maine to Texas and many states in between.

Carol loved to sew. She made clothes for the doll babies for her girls and stitched beautiful quilts for her children and grandchildren, and she was known for her potato salad and her apple pie.  She was an avid Bridge player and she volunteered for the Red Cross for 25 years during her travels across the world.  Then when they retired in Colorado Springs she volunteered for the local hospital for years after Bart’s passing.

There will be a graveside service at the Eureka Cemetery 2194 Hyde Rd, St Johns, MI 48879 in Eureka Michigan on Saturday August 7th at 11:00 am where she will be laid to rest next o Bart.  After the service there will be a celebration of life at Maple Rapids Village Park hosted by Daryle, Jeanne, Lorri and Herb and fried chicken and cold drinks will be provided. All are invited and requested to bring a dish to pass.  Memorial Donations could be made to the American Red Cross at redcross.org.

To order memorial trees or send flowers to the family in memory of Carol Barton, please visit our flower store.
Send a Sympathy Card