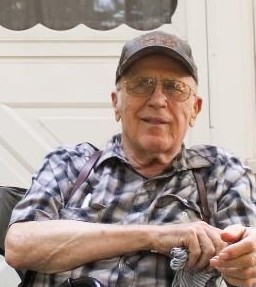 Carl Leo Reeves, age 81, of Ithaca, MI, passed away Tuesday, March 1, 2022, at MyMichigan Medical Center, Alma with his family by his side.

Carl was born July 6, 1940 to Merrill and LaVera (Eichorn) Reeves.  He was raised and lived his entire life in Gratiot County, farming in Emerson and North Star Townships for sixty years.  After graduating from Ithaca High School in 1958, he enlisted in the Army National Guard for six years. He married Linda DeRosia on March 30, 1963.  They were blessed with 55 years of marriage prior to her passing on December 12, 2018.

He enjoyed hunting, snowmobiling, and ice fishing. He made many trips to Drummond Island, Beaver Island, and Boise Blanc Island hunting with his friends.  Carl and Linda loved traveling out west to California, Arizona, and Nevada.  He was a member of the A-Tractive Tractor Club with his restored H John Deere tractor, involved in pulls and parades with his dad and son.  For many years, he spent mornings and late afternoons sitting at the "farmer's table" at the "coffee shop" sharing stories with farmer friends.  He was an active committee member of Gratiot County Pheasants Forever for over 25 years.  In his later years, driving his golf cart at Higgins Lake was a favorite pastime.  Carl was extremely proud of his grandchildren and great-grandchildren, often saying they were all "near perfect."

Memorials may be made to Gratiot County Commission on Aging. Online condolences may be made at www.smithfamilyfuneralhomes.com. The family is being served by Smith Family Funeral Homes, Ithaca, Michigan.

To order memorial trees or send flowers to the family in memory of Carl Leo Reeves, please visit our flower store.
Send a Sympathy Card