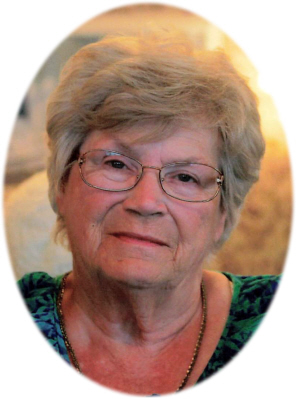 Bonnie Smith, 78 of Ithaca, MI entered eternal life on Saturday, January 9, 2021 at her home surrounded by her family.

At her request, a Graveside Service will be held at North Star Cemetery, North Star, MI on Wednesday, January 13, 2021 at 2:00 P.M. with Pastor Gary Simmons and Pastor Mark Monroe officiating.

She was born on May 24, 1942 in Bay City, MI to John and Virginia (Trombley) Hargadon.  She was an active member of the Ithaca United Methodist Church.  Bonnie graduated from Handy High School in 1960. She was in the first class to attend Delta College.  She later graduated from Central Michigan University.

Bonnie moved to Ithaca when she accepted a position with the State of Michigan's Bureau of Social Aid as a caseworker.  Soon after she met and married Robert Smith on June 26, 1965. Together they raised two sons: Rob and Bill.

In 1966 she and Bob purchased a concrete tile and burial vault business. They named the business Smith Concrete Products.  In 2010 they added a cremation service.

In 1980 she began serving on the North Star Township Board; first as a trustee and later as the treasurer.  She was simultaneously employed by the Isabella County Commission on Aging.

In 1986 she returned to employment with the State of Michigan's Unemployment Agency in Alma, MI.  In 1995 she transferred to the Lansing Office in a supervisory position, where she remained until her retirement in 2002.

She was preceded in death by her parents John and Virginia (Trombley) Hargadon.  She also was preceded by many wonderful animals.  Her favorite was a stray dog she found while she was on a bike ride in 1987. She named him Buddy.

Memorials may be made to Ithaca United Methodist Church.  Online condolences can be made at www.smithfamilyfuneralhomes.com. The family is being served by Smith Family Funeral Homes, Ithaca, MI.

To order memorial trees or send flowers to the family in memory of Bonnie Smith, please visit our flower store.