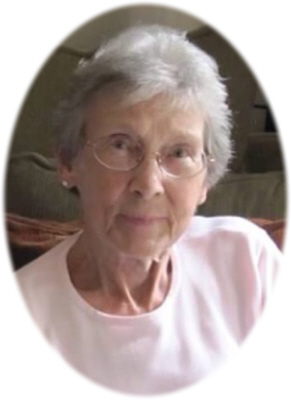 Graveside Service will be held at a later date

Graveside Services to be held at a later date at North Star Cemetery.

Billie was born in Grand Rapids, MI on September 27, 1930 the daughter of Bert and Ruth (Crothers) McCormick.  She was a graduate of Ithaca High School.  Billie married her high school sweetheart, Fred Shaull soon after graduating.  She resided most of her life in North Star Township.  Billie worked for Wolverine World Wide in Ithaca, MI for 25 years until her retirement.

Memorials in Billie's memory may be made to the Gratiot County Commission on Aging or The Care Team Hospice of Farmington Hills, MI.   Online condolences can be made at www.smithfamilyfuneralhomes.com. The family is being served by Smith Family Funeral Homes, Ithaca, MI.

To order memorial trees or send flowers to the family in memory of Billie Shaull, please visit our flower store.
Send a Sympathy Card

Graveside Service will be held at a later date