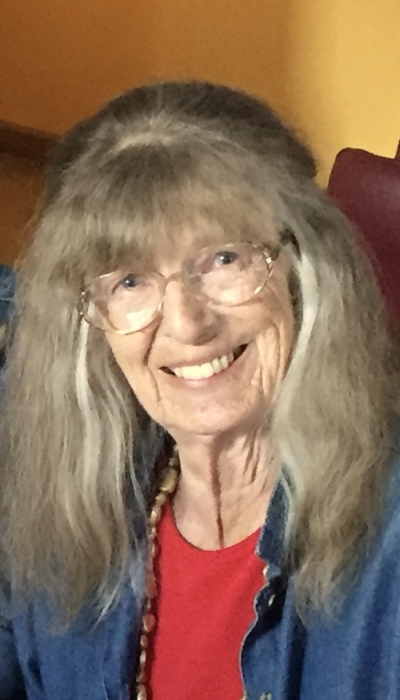 Barbara Ann Klarich, age 88, of Elsie, MI, passed away peacefully with her family by her side on Sunday, December 5, 2021 after a short stay at McLaren Flint. Barb was a talented and fun-loving individual who had a good life. Barb never met a stranger and was a friend to everyone.

Barb was born in Flint, Michigan on February 19, 1933, the daughter of Luther N. and Virginia A. (Heideman) Waggoner. While Barb grew up in Flint, Michigan, as a child she spent her summers in Elsie, Michigan working on her grandparent’s farm.

During her senior year at Flint Central High School, Barb met the love of her life, Charles F. Klarich (Chuck), when he sat on her lap the first day of class and proclaimed that he was going to marry her one day. They ended up eloping on December 9, 1950.

Barb and Chuck built their first home in the Berry Patch (Flint) where they also met many life-long friends. While raising 3 children, Barb and Chuck started building [by hand] a retirement home on Rush Lake in Atlanta, Michigan.  Building the home was a family affair, with the children and family pitching in.

Barb enjoyed living on the lake and spent hours each day fishing on her pontoon boat; a skill she learned from her father. She, in turn, taught her children and grandchildren the sport. The couple lived in Atlanta for many years and Barb met many very nice people whom she added to her list of life-long friends.

Barb longed to be reunited with her brother, Jack Waggoner and her sister-in-law Barb, and her many cousins, great-nieces and nephews in Elsie, Michigan. Barb and Chuck built a home in Elsie and moved there for the remainder of their retirement years.  They had a wonderful life in Elsie, enjoying the company of their family and friends, eating breakfast and dinner at Cooters Bar almost every day, and participating in the local events.

Barb had a delightful sense of humor.  She often told people from out of town that she spent her day at the Bar, just to watch the look on their face. Barb had essential tremors and used them as a way to make new friends.  She would find jokes related to shaking and laughed while she told them to make everyone around her more comfortable with her condition.

Barb was a giver.  She won almost daily on scratch off tickets or the lottery.  If she won, she bought breakfast for the gang at Cooters.  If she thought someone needed the money more than her, she would hand it to them, or stuff it in their purse or coat pocket. If you visited her home and admired something, she would say, “Take it. Take it now so you don’t have to wait until I die to enjoy it!”  She also enjoyed knitting mittens and would carry several sized pair in her large purse to give them away to people she saw without gloves or mittens, while she wore mismatched colors and sized mittens herself. She got her first computer at age 60 and was quite technically savvy. She would make personalized address labels and print out pictures and surprise friends and family with them.

Barb was in tune with nature. She loved all the animals around her homes and made sure her “little critters” were fed.  She spent time waiting for her furry or feathered friends to show up at the feeders so she could capture their image. Barb had the gift of being able to use a divining rod and was successful at helping people, free of charge, find water on their properties before they drilled their wells.

Barb was a rebel.  She wore her blue jeans and sweatshirts even to formal events.  She spent years riding her motorcycle around what she called “The North Country” with her husband, both parents, brother, and her children riding by her side. She also loved riding her 4-wheeler around their properties and taught her grandchildren to ride.

Barb liked to have fun.  Barb and her sister-in-law, Barb Waggoner, loved to frequent the casino, and just like a couple of teenagers, would laugh and giggle the whole way; sometimes even getting pulled over by the police for driving too slow on the back roads late at night. Once when an officer asked if they were drinking, Barb laughed and said, “We’re not drunk, we’re just old.”

Barb was an avid writer. She wrote children’s stories that included her ‘little critters’ and her grand-children, humorous short stories, and newspaper articles. Unbeknownst to many, she spent years performing clerical work on behalf of the Masons and the Township.

Barb loved music. She was a huge fan of Rock and Roll and Elvis Presley. Barb and Chuck loved to dance the jitterbug and Barb could often be seen snapping her fingers and dancing from one end of her home to the other to Elvis music.

Barb is survived by her daughter and son-in-law, Connie and Gary Sovey, granddaughters: Andrea and Josh Havener, Erica Sovey and Matt Vaughn, daughter-in-law Vickie Klarich, grandchildren Kelly and Carl Sharkey, Luke and Tiffinie Klarich, 5 great-grandchildren Kourtney and C.J. Sharkey, Ella and Josie Klarich, Sullivan Havener, and her beloved brother Jack Waggoner. She is also survived by many wonderful cousins and great nieces and nephews who are from the Elsie area.   She was preceded in death by her much-loved husband Charles F. Klarich, sons: Charles L. Klarich and Steven R. Klarich, and sister-in-law Barbara Waggoner.

Per Barb’s request, cremation in her blue jeans and sweatshirt has taken place, and in lieu of a service, a private family party will be held in celebration of her life.

Barb requested her family and friends make contributions to their favorite charity, a family or person in need, or to the Elsie Area Food Bank, P.O. Box 311, Elsie, MI 48831.

Barb’s family would like to thank the doctors, nurses and staff at McLaren Flint for their care and thoughtfulness during her short stay.

The family requests that no flowers be sent in honor of Barb.  Online condolences can be sent to www.smithfamilyfuneralhomes.com. The family is being served by Smith Family Funeral Homes.

To order memorial trees or send flowers to the family in memory of Barbara Klarich, please visit our flower store.